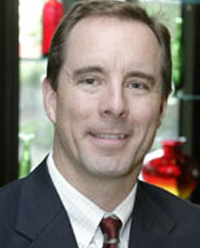 Mr. Wood started with College Pro Painters in 1985. In 1986, he was a Production Manager and in 1987 ran his own franchise. From 1988 to 1990, he served as a General Manager in the New England Division. In 1990, he moved to Fort Lauderdale, Florida to open one of the first U.S. based test market franchises as a franchisee for CertaPro Painters. The success Mr. Wood enjoyed in Florida and his previous experience with College Pro Painters helped initiate the start-up of the CertaPro Painters franchise program in the United States. In 1993, Mr. Wood joined the full-time staff as Vice President.

Mr. Wood and his family reside in the Atlanta, Georgia area.